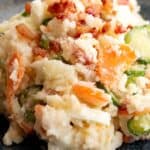 Try this easy Japanese potato salad recipe with crispy bacon and kewpie mayonnaise! It’s bright, colourful, full of flavour and guaranteed to disappear fast. Perfect as a side for BBQs or add to a homemade bento lunchbox!

Why We Love This

This is the classic Japanese style potato salad recipe made with semi-mashed potato. It’s light and fluffy, rich and creamy, full of umami flavour from Kewpie mayo and crisp texture from veggies and fried bacon!

Japanese potato salad the perfect side salad for BBQs and gatherings, but so delicious you can enjoy it all on its own as a tasty lunch or snack.

What is Japanese Potato Salad?

Unlike Western potato salads, which are often seasoned with mustard and vinegar, Japanese potato salad is made with ingredients like pickled cucumber, carrot, bacon and boiled egg for more colour and texture. The inclusion of Kewpie mayo gives it even more savoury umami flavour than Western style potato salad.

This salad is usually found in bento boxes, served as a side dish, or eaten as a snack from kombini (Japanese convenience store).

How to Make Japanese Potato Salad

Can I reheat potato salad?

Yes you can, but be careful and reheat gently in short bursts in the microwave until just warmed through. If you heat it too much, you’ll separate the oil in the mayonnaise, which can affect the appearance and flavour of the salad.

What should I serve with it?

If you’re making a homemade bento box, serve a small portion of potato salad alongside some freshly cooked sushi rice or an onigiri rice ball, takuan pickles, and agedashi tofu.

For dinner, it goes amazingly well alongside Japanese style burgers or nanban chicken or tori karaage (fried chicken) with a small bowl of miso soup.

It’s also amazing as a BBQ side salad. Serve it alongside wafu salad or shopska salad with grilled teriyaki chicken, cevapi sausages or beef rissoles.

Make it a meal with these amazing Japanese recipes:

★ Did you make this recipe? Please leave a comment and a star rating below! 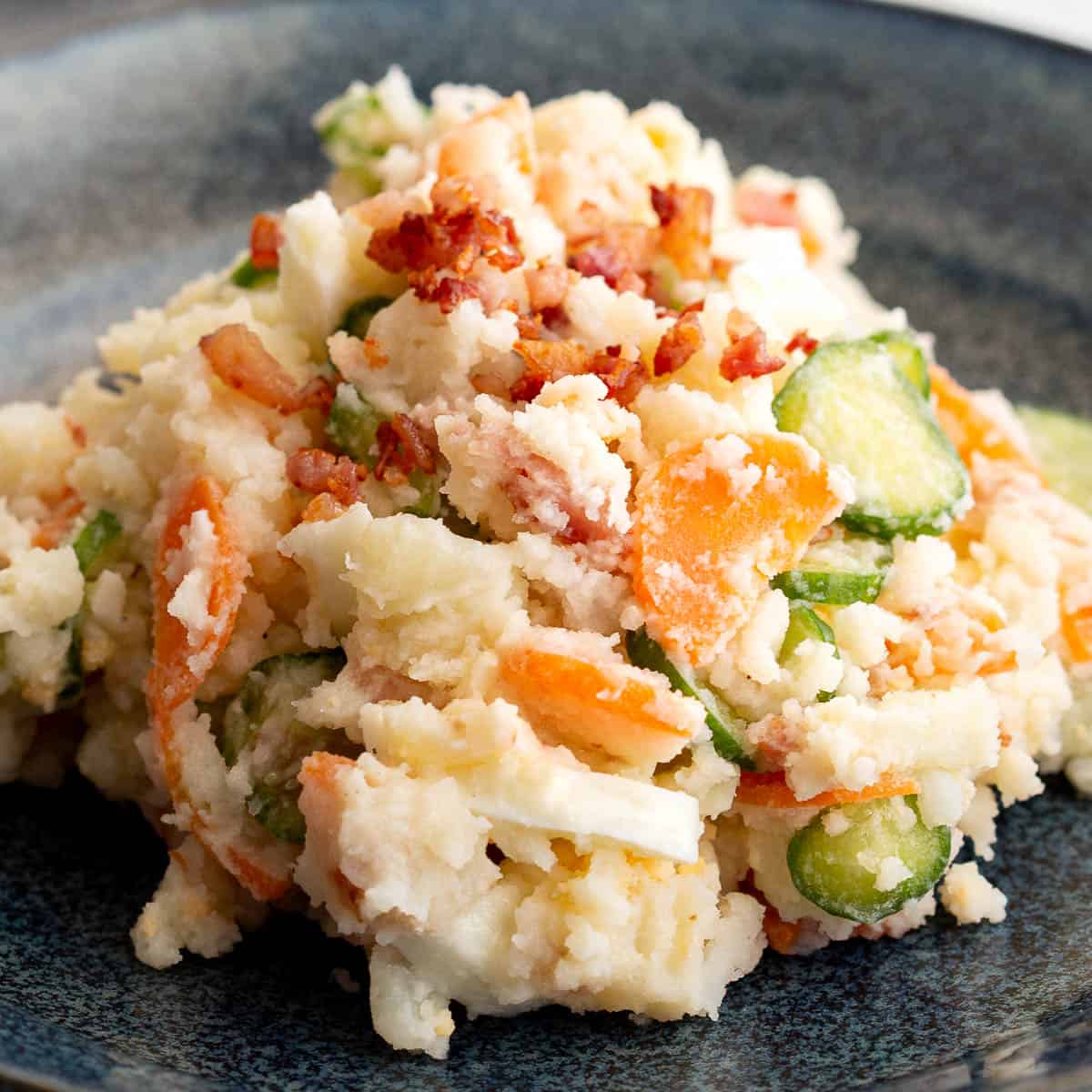 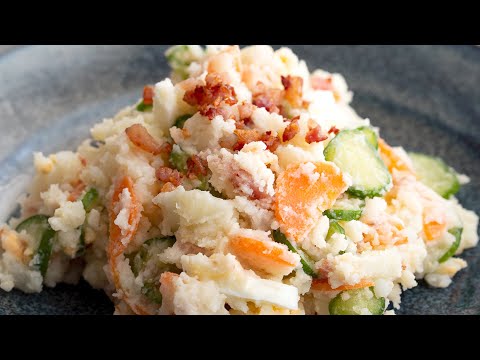 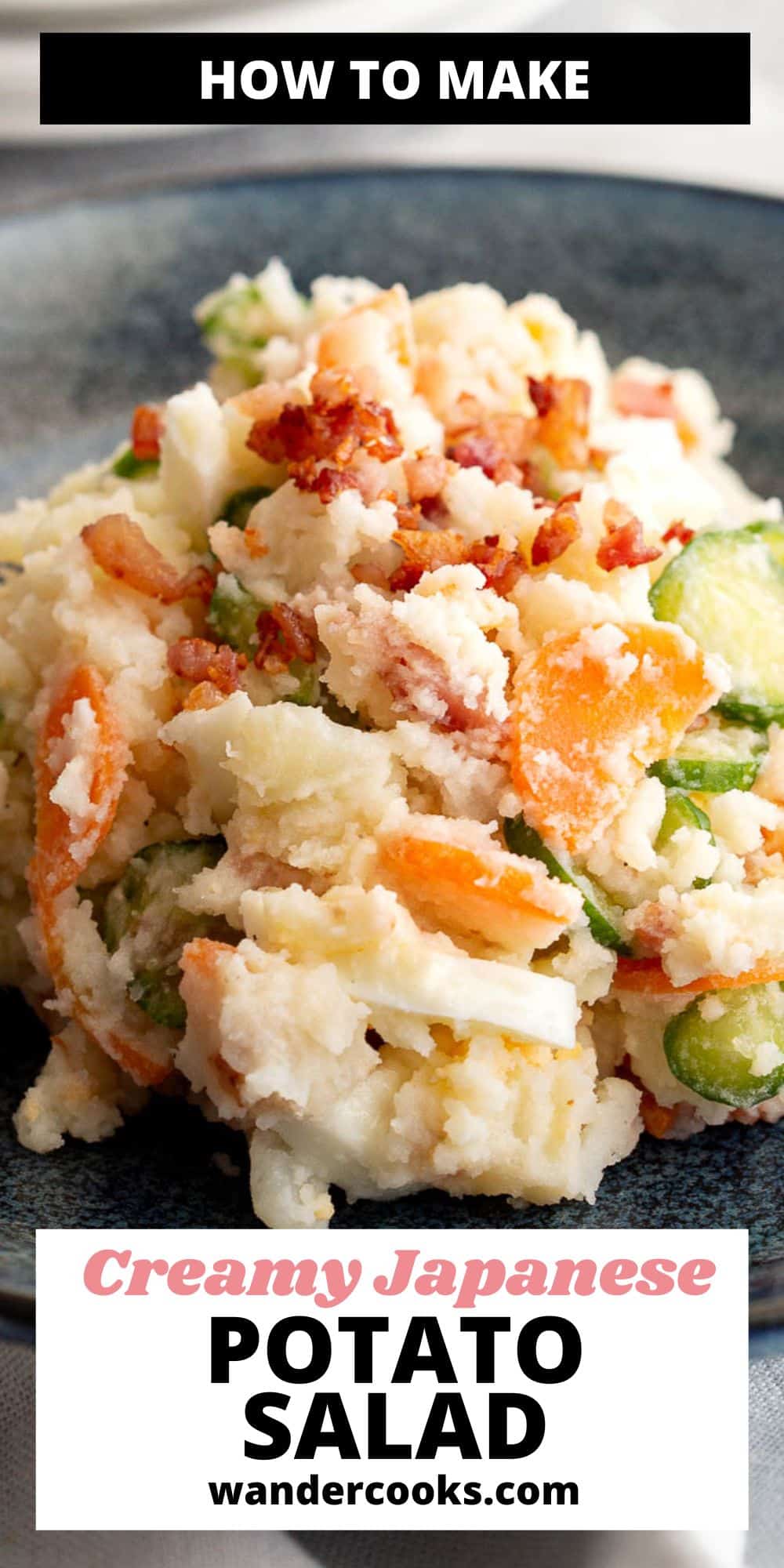 Browse all our most popular Japanese recipes

Wandercooks is an Australian online recipe site reaching over 8 million views annually. Our recipes are here to inspire you with fresh new food ideas gathered from our favourite Asian, European and Australian cuisines. Read more... 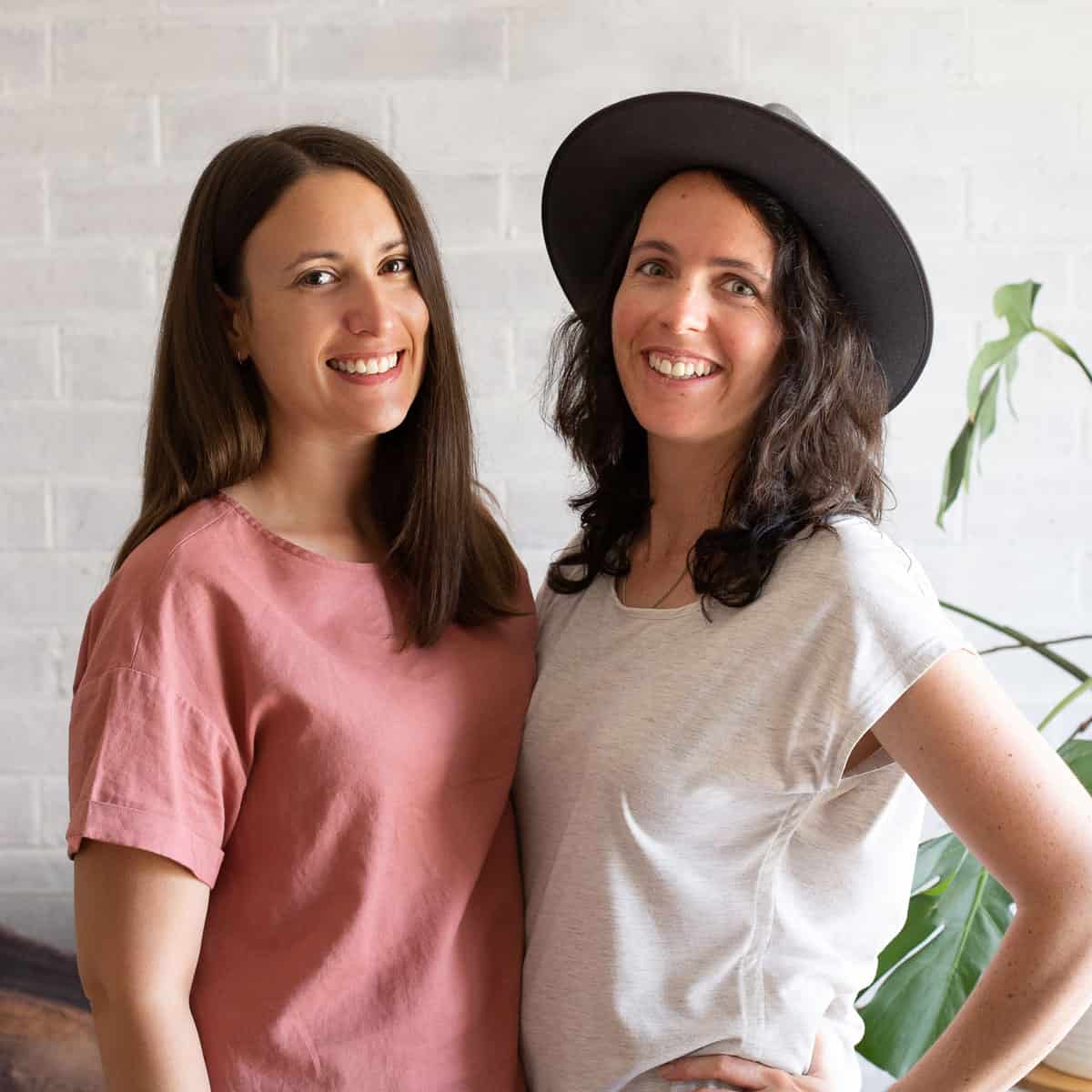 MORE OF OUR JOURNEY → 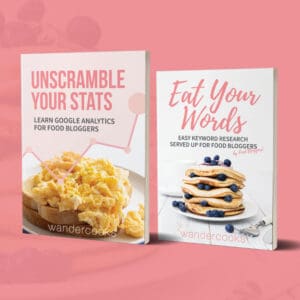 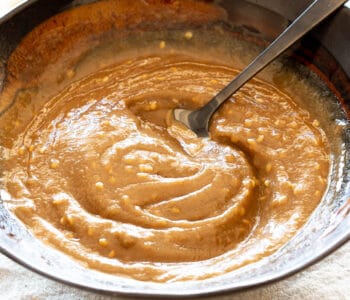 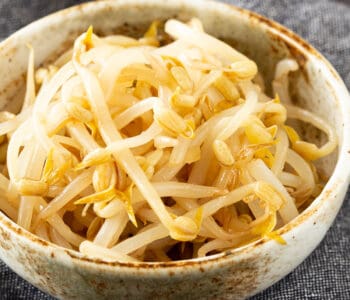 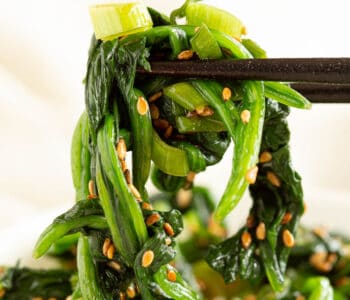 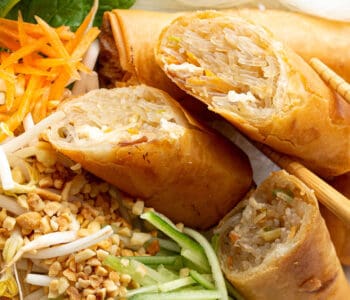 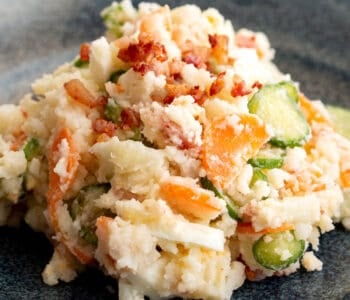 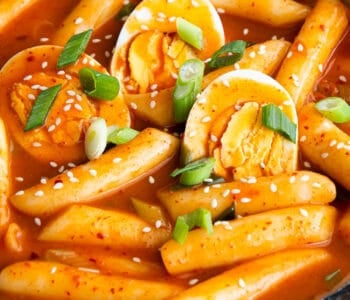 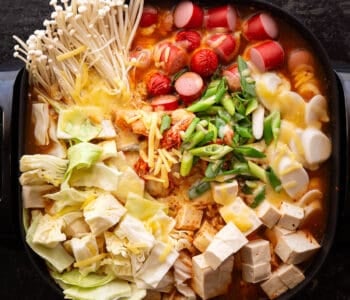 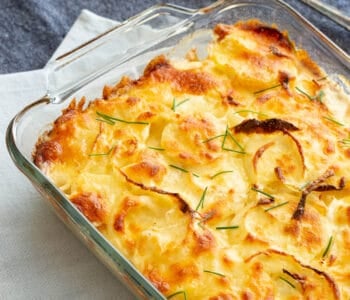 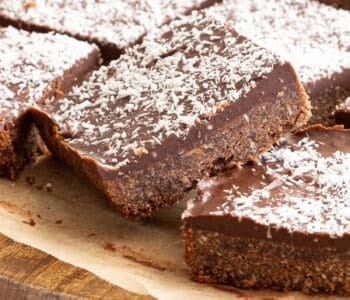 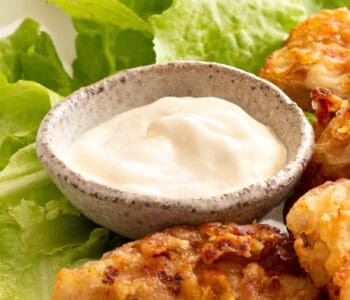